It is trendy to talk about mental models these days, especially in the tech industry. But really, it's just a fancy way of saying "useful ways of thinking".

In this post, I present a collection of mental models that are most relevant to the work of product managers. Some of these are borrowed from other disciplines. And they can be valuable additions to your toolbox for dealing with complexity.

I intend for these to be jumping-off points for further thinking and learning. And not an exhaustive list. For a general introduction to mental models, here is a useful article by Farnam Street .

All models are wrong because they simplify. They omit details. For this reason, we should not rely on any single model. Instead, a many-model approach allows you to explain more and avoid blindspots. This works because the wrongness in each model tends to cancel out.

Charlie Munger, an investor who popularized mental models, advocates combining them in a "latticework of models". And in machine learning, ensemble methods can be an effective approach.

This is useful when considering the diverse perspectives and opinions of your stakeholders.

Which mental models matter in which circumstances? Knowing that is the hard part.

A lot of skills and knowledge are implicit. They are hard to codify, or even articulate. You won't find them in neatly packaged books or elegant theories.

But you can hone your judgment by maintaining contact with reality. You can put in iterations, and let your learning compound over time.

We get new information all the time. Feedback from a customer, changes in the industry, unforeseen challenges etc.

Bayes' theorem provides a mathematical approach to weigh the old hypothesis (the "prior", initial belief) and new evidence. Bayesian inference is widely applicable in many areas, including AI and machine learning. Fun fact, it is also effective for finding missing aircrafts .

Here is an engaging introductory video on the topic.

It is tempting to judge our decisions by the outcome. But good decisions can lead to bad outcomes. And vice versa.

One way to calibrate your decisions over time is to document your decisions in a decision journal . Good things to write down include the context for the decision, alternatives and the range of outcomes, what you expect to happen, and how you feel mentally and physically.

Many of the big success stories sounded stupid. Red Bull is an expensive drink that tastes disgusting. Snapchat is an app for sending disappearing photos.

In the book Loonshots , Safe Bahcall gave examples of brilliant ideas that had to survive "the Three Deaths" before finally succeeding. He wrote, "In the real world, ideas are ridiculed, experiments fail, budgets are cut, and good people are fired for stupid reasons." Andrew Chen also wrote about this in Dumb Idea Paradox .

We make decisions in a world of uncertainty, with incomplete and imperfect information. Certainty is an illusion. It is better to be vaguely right than precisely wrong.

﻿ Satisficing (satisfy + suffice), introduced by  Herbert A. Simon , is about making decisions that are not perfect, but good enough. You can satisfice either by finding optimal solutions for a simplified world, or satisfactory solutions for a realistic one.

Context switching is costly, especially for creative work. In Paul Graham's popular essay , he discussed the cost of meetings and interruptions:

"When you're operating on the maker's schedule, meetings are a disaster. A single meeting can blow a whole afternoon, by breaking it into two pieces each too small to do anything hard in."

It is important to recognize the nature of different types of work. This way we can get more focused time for deep work, for ourselves and for our team.

﻿ Working memory is basically "how much stuff you can think about at the same time" . Each of us has a limited capacity. The " magic number " of objects an average human can hold in short-term memory is 7, plus or minus 2.

In the workplace, there is a lot of information to process. And the sheer load can quickly overwhelm our working memory.

This calls for building a system to work around this. It could mean regular follow-ups, reminders, repetition, and good note-taking and documentation.

﻿ Circle of competence is a mental model developed by Warren Buffett and Charlie Munger. Here's how Buffett summarized it:

"Know your circle of competence, and stick within it. The size of that circle is not very important; knowing its boundaries, however, is vital."

Being clear about what you know and what you think you know can keep your hubris in check. It can also help you identify blind spots and areas of improvement. 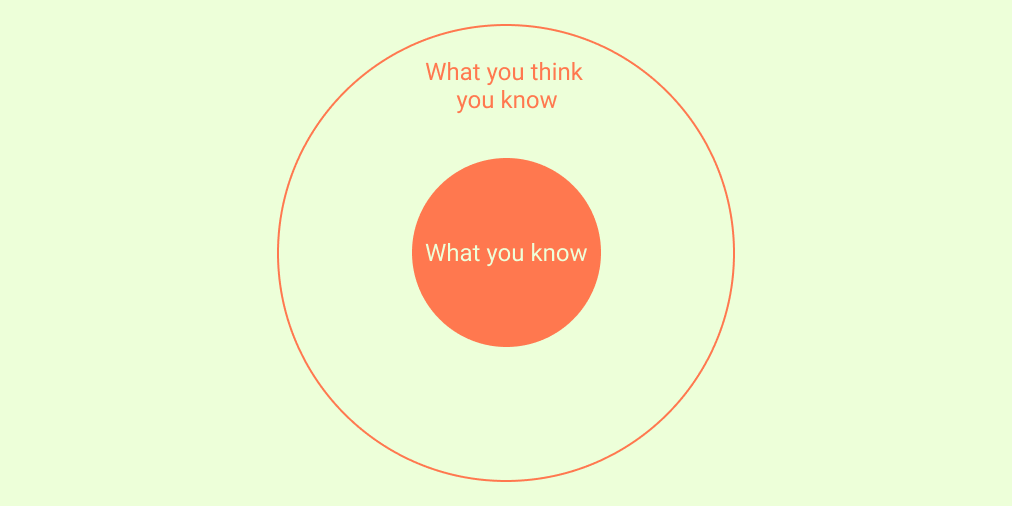 Instead of completing tasks in the order that they come, you can often save time by grouping similar tasks together. It reduces costly context switching and interrupts by consolidating repetitive tasks that are not time-sensitive.

This approach can be helpful in answering emails, reading news articles, processing customer feedback etc. As an added benefit, once you batch the tasks, they also tend to be easier to delegate or automate. 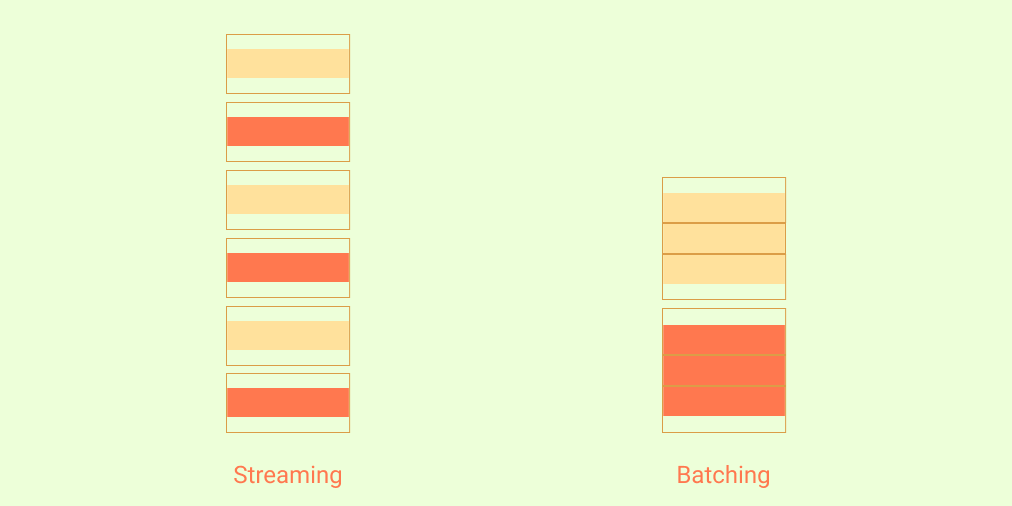 All living creatures respond to incentives. That is, the proverbial carrot and stick. Behaviours that are rewarded are reinforced.

Knowing this helps us understand the true motivation of our partners, stakeholders, and even customers. This allows us to influence without direct power.

It is important to consider incentives when deciding measurements of success and metrics to focus on.

It is possible that some stakeholders can "game the system" and artificially inflate metrics in ways that don't reflect customer value.

We need to be careful about what to measure and consider the incentives of the individual stakeholders.

To make change happen, persuasion is essential. I have compiled the models, principles, and tactics on this topic in a separate post .

Product managers routinely deal with complex systems. A product is a system of features, stakeholders, processes, customers, other players in the market, changing industry and economic trends etc.

A system is more than the sum of its parts. Systems thinking allows us to better understand the interconnections of the different parts.

A feedback loop is a closed chain of causal connections formed by routing an output of a system back as an input.

Understanding the structure of the system helps us understand its behaviours.

The " flywheel effect " is a concept developed by researcher Jim Collins. It is a special kind of feedback loop (positive/reinforcing). Push the flywheel. Accelerate momentum. Then repeat.

It is said that Bezos considered Amazon's application of the flywheel concept to be its "secret sauce". 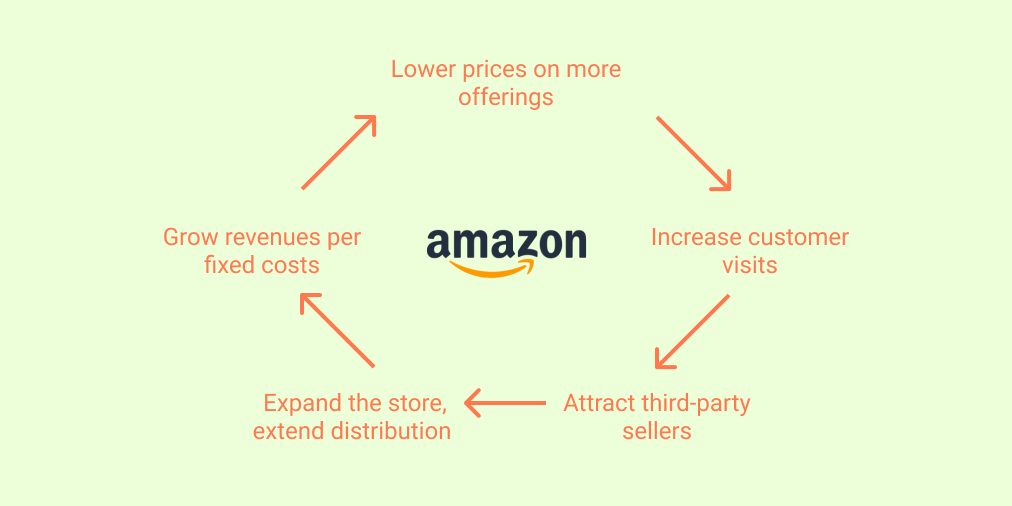 For example, doubling the team headcount may yield 1.2X the output. Tripling the price may yield 10X the revenue.

Many relationships in systems are non-linear. This is often a source of surprise. Beware of the trap of assuming (though more intuitive) linear relationships.

To get more of a desired outcome, we may have to change the structure of a system. There are leverage points in all systems, where the efforts you apply can yield disproportionate results. For instance, identifying and resolving a bottleneck in a process can be a force multiplier for your efforts.

But as systems scientist Donella Meadows pointed out, leverage points are often counter-intuitive. And there is no cheap way to mastering the art of identifying leverage points. Though in her book Thinking in Systems , she proposed a ranked list of leverage point candidates based on her experience.

In real life, each agent in the system can respond to changes. Second (and higher) order effects include the effects of subsequent actions.

An example of first-order thinking would be to assume that introducing a new feature will lead to more users coming. Higher-order effects would include increasing technical complexity internally, cluttering and degrading the overall UX, competitors responding by copying the feature or launching a new product etc.

Inversion as a thinking tool turns the problem upside down.

Instead of always starting at the beginning, sometimes it is beneficial to start at the end. This thinking can be useful in planning, where we start with the end goal and work backward. For instance, at Amazon, there is a practice of writing a mock press release for a major feature before anything gets built.

Inversion can also be applied to reframe a hard problem into an easier one to solve. Instead of trying to increase user engagement, one can reframe it as decreasing drop-off.

Similar to inversion, via negativa is an approach to arrive at a definition by understanding what it is not , as opposed to what it is . It is analogous to carving a statue from a big stone, as opposed to piling on lego blocks. It is a subtractive process. A process of elimination.

The idea came from theology, in defining and discussing what God is .

In product, via negativa can be a useful process in defining the scope and narrowing down customer requirements.

Job to Be Done

﻿ Jobs to Be Done is a concept proposed by the late HBS professor Clayton Christensen. It is a lens through which you can arrive at a deeper understanding of your customer.

At its core, it asks the question: what job did your customer hire your product to do?

The answer to this question can be unintuitive. The classic example is the morning milkshake. What connected these milkshake buyers together had nothing to do with their demographics. Rather, they shared a common job to get done in the morning: a filling drink for the commute that fits inside the cup holder and is thick enough so that it takes longer to finish.

This is analogous to the time value of money in finance, the idea that money you have now is worth more than the same amount in the future.

Through this lens, you may prioritize features that are faster to ship.

Signaling is a concept in economics and evolutionary biology. The idea is that signals that are expensive to produce are more reliable. Cheap signals are easy to fake. They can be misleading.

This is also relevant when considering the pricing and marketing of your product.

﻿ First principles thinking boils things down to the most fundamental truths, and then reason from there. We tend to reason based on "how we've been doing things", authority, and convention.

Thinking in first principles helps us clear up pre-existing assumptions that no longer hold. Constraints that are no longer relevant. This frees us up to consider solutions that can be drastically better.

And here's an explanation in the words of Elon Musk:

We naturally think in terms of contrasts between two things and opposites.

Don't get trapped in the limiting framing of A vs B. When you disagree with a stakeholder, remember that you can both be right, or both be wrong.

The opposite of a good idea can often be another good idea. 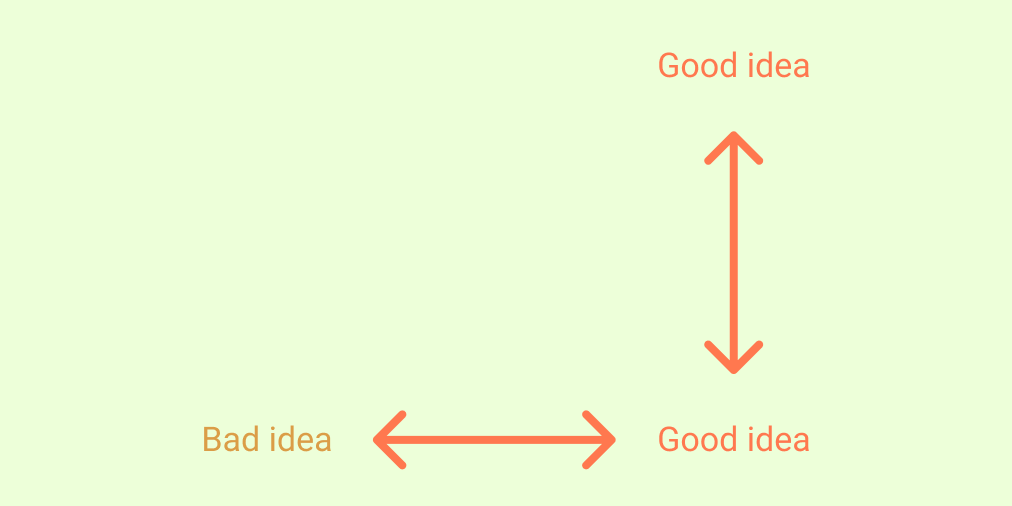 Phew. This is a place to wrap for now. Thanks for reading this much!

I will keep adding to this list. And expand on the bigger concepts in separate posts.

Once again, these are meant to be additions to your tool-box. Test them out in real life. Keep the ones that work. Discard the ones that don't. And hone your judgment on when to apply which mental model.

Every month, I send out a newsletter with the latest product learnings and insights.